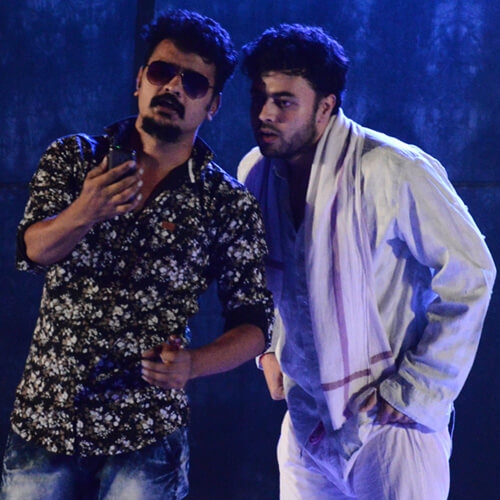 Set in a present-day rural heartland, Lassanwala is the tale of Kallu Bahman, a sixty -year old Brahmin garlic-seller whose family has been growing garlic for three generations in their small patch of land. The play traces the tragic-comic events that occur in his life that shake his firm belief in the caste system which has defined a major part of his existence.

Lassanwala is a kaleidoscope of the memories of my growing up years on the outskirts of Bareilly. Vidit Tripathi, my partner in crime, saw the scope of fiction around my scattered but real experiences. He took on the arduous task of writing a script that would be impetus enough, to assemble a group of people who’d pull out time from their busy schedules to create something from scratch. Vidit and I always wanted to explore the local folk music of western Uttar Pradesh in a play and here was my opportunity. We were hugely influenced by the teachings and songs of Sant Kabir Das ji and have borrowed heavily from him in essence and soul. This production would not have been possible without the dedication and commitment of the team. The lapses and imperfections are entirely mine and the merits are courtesy the team.