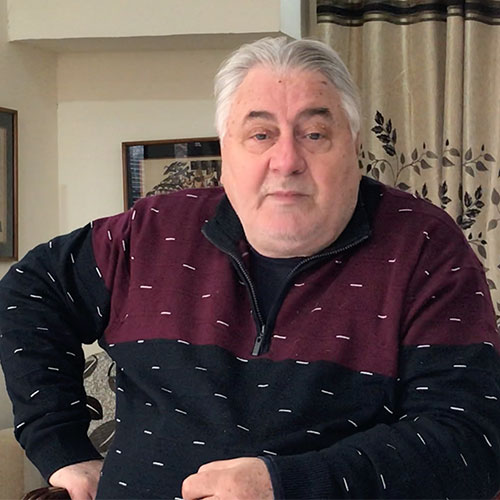 Ten years ago, the META Lifetime Achievement Award was instituted to acknowledge the dedication, energy, and hard work that leading theatre-practitioners in India have put into the field. Their unstinted efforts have contributed significantly to the growth and development of theatre as an art form. Over the years, the META Lifetime Achievement Award has become a prestigious accolade to reward a vast body of theatrical work. Past awardees have included: the late Badal Sircar (2010), the late Zohra Sehgal (2011), the late Khaled Chaudhury (2012), Ebrahim Alkazi (2013), the late Girish Karnad (2014), the late Heisnam Kanhailal (2015), Ratan Thiyam (2016), Arun Kakade (2017), Vijaya Mehta (2018), Mahesh Elkunchwar (2019).

The Nature of Silence: The Art of Successful Direction by Barry John 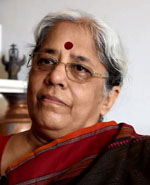 Beginning her career as a producer with Doordarshan in 1972, Kirti Jain joined the National School of Drama in 1977 as an Associate Professor of Dramatic Literature. She rose to be the School's Director, serving in that position from 1988 to 1995. Her directorial work includes plays such as Girish Karnad’s Hayavadana, Mohan Rakesh’s Ashadh ka Ek Din and Lehron Ke Rajhans, Mahesh Elkunchwar’s Holi and Subarnalata based on Ashapoorna Devi's novel scripted by Geetanjali Shree. More recently, she has directed Aur Kitne Tukde based on Urvashi Butalia’s book The Other Side of Silence. She has received the B.V. Karanth Smriti Puraskar for her overall contribution to theatre from the National School of Drama and a Sangeet Natak Akademi Award for her contribution to Indian theatre as a director. 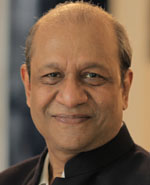 Siddhartha Basu, well-known TV producer and director, is also one of India’s best-known quiz show hosts, famous for iconic shows like Quiz Time, Mastermind India and University Challenge. He was producer-director of shows like Kaun Banega Crorepati, Dus Ka Dum, Jhalak Dikhhla Jaa and India’s Got Talent. Formerly Founder-Director of the television production house, BIG Synergy, he is now a creative mentor and consultant with the company. He is also the founder of Tree of Knowledge, a greenfield venture in the area of interactive edutainment. Siddhartha has acted in Bollywood films, including the award-winning Madras Cafe, and edited, created and authored several quiz books, like a series with the Encyclopaedia Britannica. 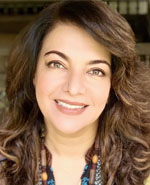 From childhood, Divya Seth Shah knew she wanted to be an actor. Having been part of Children’s Creative Theatre, the Shakespeare Society at St. Stephen’s College, Hum Log, India’s first TV soap opera where she had a dream debut, Divya performed on the Delhi stage with TAG, Stagedoor, Masque,Yatrik, Primetime and then subsequently in the Mumbai TV industry with iconic shows. She has also acted in popular films like Jab We Met, Inglish Vinglish, Dil Dhadakne Do, The Accidental Prime Minister and some web series. Divya is an animal rights activist and an environmentalist. 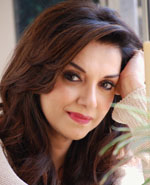 Lillette Dubey is a renowned film, television and theatre actor and a theatre director. She has been Artistic Director of The Primetime Theatre Company for over 29 years and her theatrical work, both as actor and director, has received much acclaim nationally and internationally. She has been on the Expert Committee of the Ministry of Culture, on the jury of several theatre and film festivals, and is a trustee of Nrityagram. 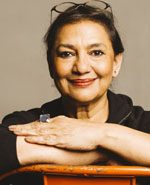 Vidyun Singh is Director, Programmes, Habitat World, India Habitat Centre. Heading the Programmes Department since its start in 1997, she has worked extensively in the programming of performing and fine arts events. She has curated multiple theatre and film festivals, as well as fashion and art exhibitions over the years. A pioneering fashion choreographer, Vidyun has been closely involved in fashion and design since the inception of the Indian fashion industry. She has also been an advisor on the National Design Policy panel and the Handloom Board. 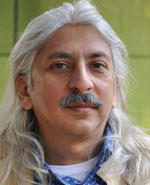 Sanjoy K. Roy, an entrepreneur of the arts, is the Managing Director of Teamwork Arts, which produces over 25 highly acclaimed performing arts, visual arts and literary festivals in multiple cities across the globe, including the world’s largest free literary gathering — the iconic annual Jaipur Literature Festival. Roy is also the founder-trustee of Salaam Baalak Trust, working to provide services for and rehabilitate street and working children in Delhi. He works closely with various industry bodies on policy issues within the cultural space in India and is the Co-chair of the Art and Culture Committee of the Federation of Indian Chambers of Commerce and Industry. He was also a part of the Earth Day Network’s official Global Advisory Committee, for the 50th anniversary of Earth Day in 2020.

A riveting tale of caste, gender, class, conflict and politics, 'Agarbatti' is based on the Behmai massacre committed by Bandit Queen Phoolan Devi and her gang to avenge her gangrape by the upper-caste Thakur men of Behmai. In order to rehabilitate the widows of the massacred Thakurs, the government opens an incense stick factory in the village. One of the widows, Lala Ram Thakurain, reserves the last rites of her husband until Phoolan Devi has been executed. The story begins after Phoolan’s death and explores its implications and consequences on a series and spectrum of events.

Born and educated in the UK, he has lived and worked in India since 1968. He was the Founder-Director of Theatre Action Group (1973-99), Delhi’s most acclaimed company, and instrumental in the success of many of its members: Siddharth Basu, Mira Nair, Lillette Dubey, Divya Seth, Pamela Rooks, Shah Rukh Khan and Manoj Bajpai, most notably. He was on the faculty of the National School of Drama (1977-80), teaching and directing young actors such as Anupam Kher, Pankaj Kapoor, Anu Kapoor, Surekha Sikri and Manohar Singh. He was also Founder-Director of the NSD’s Theatre in Education Company (1989-92).

Being a trained teacher of drama and a Sangeet Natak Akademi National Awardee, he has been a pioneer in the establishment of Drama and Theatre Studies at the school level, and has also pioneered the movement towards an acceptance of drama therapy in his work with the specially-abled and the marginalised.

He has conducted training workshops in many parts of the country for numerous theatre companies and institutions, including the FTII in Pune, and for the films SALAAM BOMBAY, MOHABBATEIN and DREAMING LHASA. He has also acted in critically-acclaimed films like SHATRANJ KE KHILADI, MASSEY SAHIB, GANDHI, TAMAS, MISS BEATTY’S CHILDREN, THE LAST VICEROY, THE FRONTIER GANDHI, and TERE BIN LADEN. He has acted in the internationally-acclaimed play OTHELLO: A PLAY IN BLACK AND WHITE by Roysten Abel which won a Fringe First Award at the Edinburgh Festival and has since travelled to London, Cairo, Harare, Amsterdam, Rotterdam, Lille, and also Mumbai, Chennai and Bangalore.