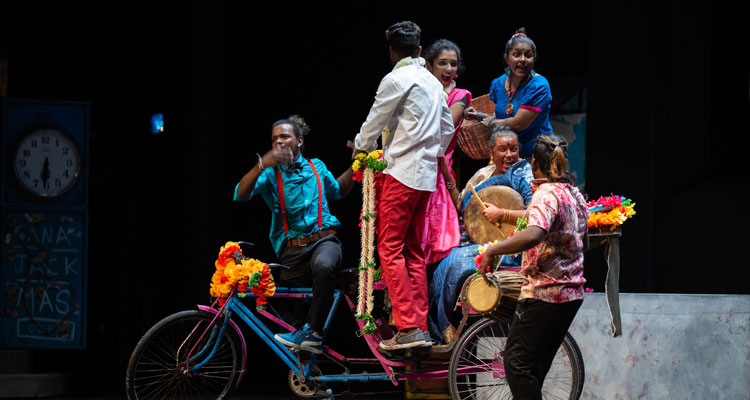 When I went to school in Delhi in the 90s, our history books spoke of Gandhi, secularism, unity in diversity and a glorious freedom struggle to which every community contributed. The caste system got a smattering of textbook space, so it was unsurprising then that my peers and I believed that the caste system was a thing of the past.

Chandala, Impure is the story of Jack and Janani, and how they fall in love. Jack is a Chandala, the lowest of the lowest castes, an untouchable, from a community that deals with the disposal of corpses. Mas and Gana are Jack’s friends, from the same caste. They dance and drink together, talk about girls and share almost everything with each other. Jack is a romantic, who reads Shakespeare, spontaneously recites poetry, and falls in love at the drop of a hat. Janani is from an upper caste family and is expected to marry her cousin who lives in Paris, for the sole reason that he is ‘one of them’ and has a good job. But she doesn’t want to get married; she wants to study and finish college.

The centre of the stage is the cinema, or a movie hall. It is here, that Jack and Janani meet, while watching an adult film with Shakeela in it no less. They touch hands in the dark, hug and kiss, and are soon in love. Over the course of the next few days, with the help of Janani’s maid, they elope. But, on their first night together, Jack and Mas decide to visit the cinema again. But this time, Deena, Janani’s cousin, incensed over his cousin’s decision to marry an untouchable and the daring of these Chandalas to sit on the first-class seats, kills Mas right in front of Jack.

Devastated and thirsty for revenge, Jack visits Janani’s home and kills Deena. Janani’s father and mother try to convince their daughter to come home, but after she refuses to leave Jack, they hire men to kill them in their home.