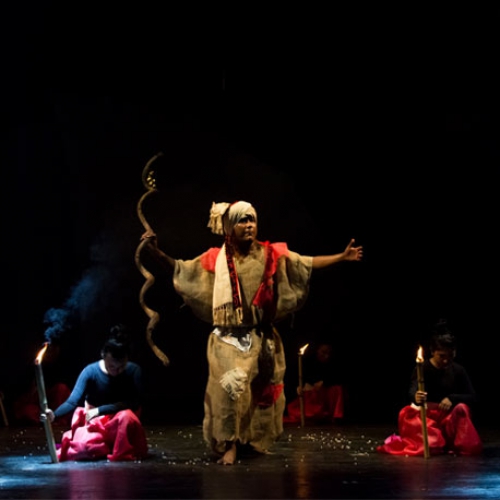 The play Hojang Taret is a Greek tragedy about ethical ambiguities of fraternal conflict that led to the destruction of the city of Thebes. It is based on Phoenician Women, a tragedy written by Euripides, between 411 and 409 BC, in the aftermath of a major defeat of his homeland, Athens.

In this version of the myth by Euripides, Jacosta, the mother has not yet committed suicide and tries to mediate between her two sons – Eteocles and Polyneices contending for the throne. They ignore her efforts to avert the tragedy of the war between themselves, finally killing each other. Jacosta, overcome with grief, kills herself immediately leading to the destruction of Thebes.

Hojang Taret is a classical Greek tragedy written by Euripides, relevant even today. I am connecting this ancient play with modern theatrical art. The ethical ambiguities of fraternal conflict that destroyed the city of Thebes is not alien to Indians. The long struggle for our independence and the division of our country resonated with me. These similarities of the aftermath of war, pertinent even after 2500 years induced me to pick this play for a larger audience.

For the performances, we evolved a style that is contemporary but infused with the Greek form that usually tilts towards being loud. The parallel to the Greek primordial chaos was found in our animistic rituals that have been incorporated in the play to construct a new performance language. Music is an integral part of the play. The play is a rhythm based musical where actors perform to vibrant live music, inspired by our folk heritage. The focus of my direction is to blend the physical movement, visual imagery and music into a visual narrative with multimedia elements. 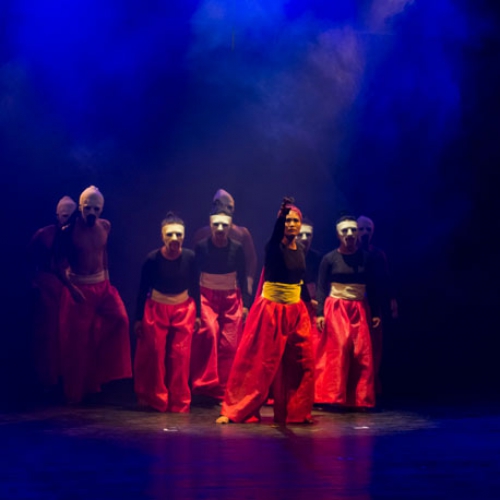