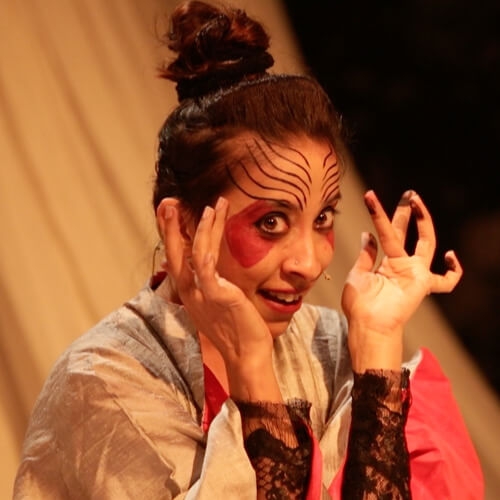 ELEPHANT IN THE ROOM

Inspired by mythology, Elephant in the Room plays homage to Lord Ganapati in this quirky and poignant reinterpretation of his story. The protagonist is a young boy interestingly named Master Tusk, who has been given a new head - an elephant’s! Confused and bewildered, he finds himself lost in the forest where danger lurks at every turn.

A Dur Se Brothers Production
Originally commissioned by The Prakriti Foundation for The Park New Festival 2016.

Elephant in the Room is the story of a young boy in search of his head. He’s no ordinary boy. You can’t be if you’ve been through a beheading and lived for the rest of your life with a head of an elephant. I was always intrigued how our much-loved Ganesha kept adjusting to his changing form – from clay to boy to part animal to God. He becomes Master Tusk in our story and through this avatar I was able to follow my curiosity. Collaborating with writer Sneh Sapru was an exhilarating experience from which emerged Sneh’s elucidation of a brilliant script suffused with humour, poetry and sensitivity with much of it in verse form.

The script, original music, lighting and production design are the fabric of the solo performance that allows for one actor to weave through seven whimsical characters in an epic journey. Elephant in the Room was originally commissioned by the Prakriti Foundation

for the Park Theatre Festival 2016. I am immensely grateful to Ranvir Shah and his wonderful team for enabling me to realise a story that has been brewing in my mind for four years. 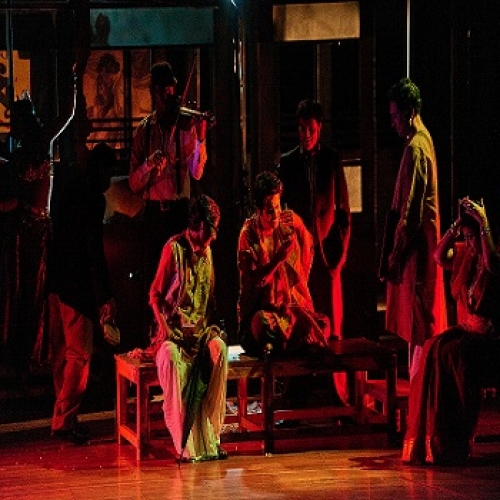